Mass Effect proved to be a surprising success, winning numerous industry awards, including the Primetime Emmy Award for US primetime Outstanding Drama Series in September of 2015.

While much of the show is live action, alien characters whom producers claim would be to hard to portray by a person in a costume, such as Urdnot Wrex, were created using advanced three-dimensional computer animation, and voiced by the same individuals who had voiced them in the games.

The protagonist of Mass Effect is a male Commander Shepard and the default player in the game series, the earthborn war hero, John Shepard, who is portrayed by Matthew Fox. While in the game series, Shepard's behavior is determined by the choices made by the player, the television series' John Shepard is for the most part, Paragon in his morality. John Shepard's personality and history was intended so that he would appeal to most audiences as "a good man with a pure heart, despite the odds due to his rough childhood."

Shepard's static love interest throughout the series is Gunnery Chief Ashley Williams, whom he affectionately addresses as "Ash", and is played by Canadian actress Erica Cerra. Ashley does not appear in season two of Mass Effect, in accordance with the pre-established storyline, however, she does make a comeback in the third and final season. Staff Lieutenant Kaidan Alenko, a close friend of Shepard's who appears only in the first season due to his untimely death on Virmire, is played by Rapheal Sbarge, his voice actor in the games. Captain, later Admiral David Anderson, the previous captain of the SSV Normandy, and an old friend of Shepard's, is played by Keith David.

Of the additional characters introduced in season two, the Illusive Man is portrayed by Bruce Davison. Jacob Taylor is played by Adam Lazarre-White. Miranda Lawson is played by Yvonne Strahovski. EDI, the Normandy SR-2's artificial intelligence, is voiced by Tricia Helfer. Grunt is voiced by Stephen Blum, and like Urdnot Wrex, appears as a computer animated character. The equally dangerous Jack, or 'Subject Zero', is played by Noomi Rapace. Kasumi Goto, an enigmatic thief and tech expert, is played by Kym Lane (credited as Kym Hoy). Legion, the gestalt consciousness formed by 1,183 geth programs inhabiting a unique "mobile platform", is voiced by D.C. Douglas. Mordin Solus, the salarian professor and "science expert" of Shepard's team, is computer animated and voiced by Michael Beattie. Samara, the asari Justicar is played by Rana McAnear. Thane Krios, a talented drell assassin, was portrayed by Keythe Farley. Lastly, Zaeed Massani, the skilled bounty hunter serving in Shepard's team is played by Robin Sachs.

The events of Mass Effect occur in the 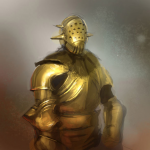